Over time, the interior of a SCUBA tank becomes dirty. Sometimes that manifests itself in rust and corrosion, and other times, it is residual oil that has been pumped into that tank in trace amounts for years. Whatever the contaminant, it leaves that tank and goes through your regulator and into your lungs, usually under pressure. Tank owners know that SCUBA Tanks need to be visually inspected every year and hydrostatically tested every 5, but what they don't usually consider, is when they should clean their tanks.

If tanks are being used of Nitrox, at a very minimum they should be full oxygen cleaned whenever a hydrostatic test is performed. This cleaning is a time consuming and laborious process that includes putting glass beads and solvents into the tank and tumbling the tank on a roller. During that time the valve is broken down, o-rings replaced and cleaned in de-greaser as well. Following the tumbling, the tank is washed clean of the degreaser and dried to prevent rust or corrosion. Even if you aren't using your tank for Nitrox, you may want to consider having it tumbled. This process removes the trace oil that has found its way into the tank walls over years of filling.

So what should you do? Underwater World recommends that every tank be cleaned every 5 years or so. It isn't a requirement for Air Only tanks, but it is a good idea. Oxygen cleaning is a requirement, at least every hydrostatic test and divers should consider it even as often as each visual inspection.

Speak with an Underwater World Team Member to see what options are best for you! 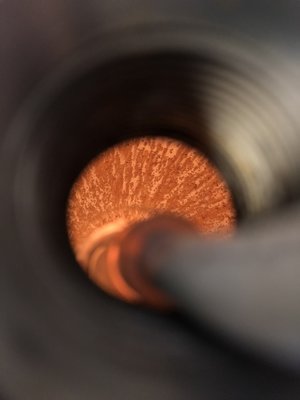 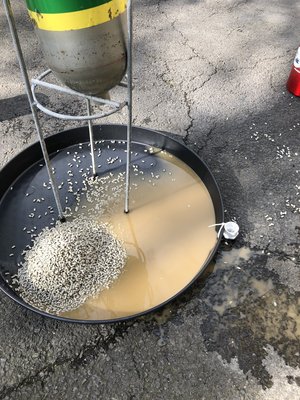 Oil and rust slurry removed after 4 hours on the roller. Ceramic beads used to remove the rust. 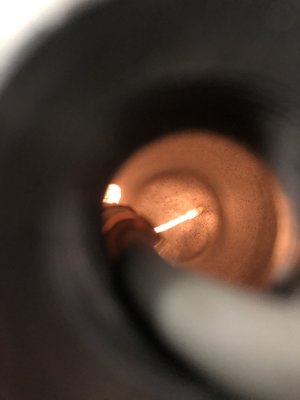